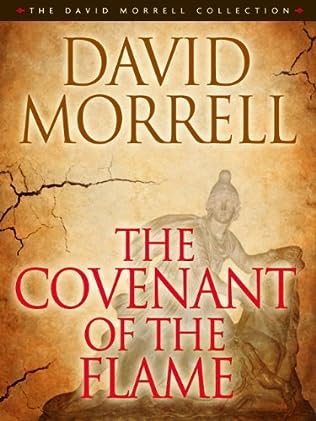 n the Amazon basin, the widow of a rubber-tree tapper who was assassinated for opposing destruction of the rain forest receives a gruesome gift — the head of the financier who ordered her husband’s death. In Australia, a tanker captain responsible for a massive oil spill is blown to pieces and top oil executives are drowned or poisoned.

Soon, a young investigative journalist has discovered the shocking conspiracy and becomes caught in a deadly war between two brutal and desperate factions, with nothing less than the future of the planet at stake.

In 1244, at the infamous fortress of Montségur in southwestern France, Christian Inquisitors massacred the last vestige of a heresy known as Mithraism, once the dominant religion of the Roman Empire. But was the heresy in fact destroyed? In today’s New York City, reporter Tess Drake discovers a mysterious altar in the apartment of a friend whose charred body was discovered in a nearby park.

The altar (a version of it exists in the British Museum) depicts a man astride a bull, plunging a knife into its neck while a dog, a scorpion, and a snake drink the blood. The meaning of that altar propels Tess on a furious hunt for the truth about what happened to her friend, a labyrinth of intrigue and danger that leads to the highest levels of power as well as to the depths of a secret cave in Spain.