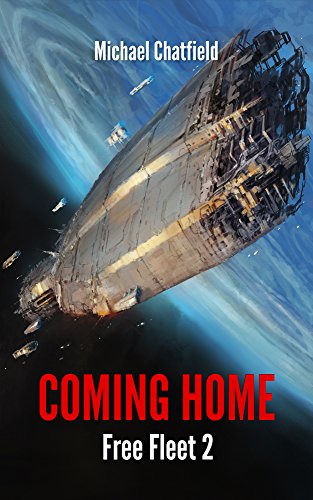 Salchar and the Free Fleet are tired, low on resources, man power and ships that should actually be flying. Yet they have a mandate, free those that are being oppressed.

Sarenmenti, Humans, Kuruvians, Chaleelians, and the genetic creations of the AI, which are called the Planner and Avarians, band together under the banner of the Free Fleet to go to the fleet’s birthplace – Earth. Life is nothing but a battle for survival, and Salchar is going to have to use all of his skills to keep his people alive.

The galaxy has a few surprises to throw his way, as well as some politicians up to their own games. Salchar is going to wish for battles instead of dealing with the twisted minds of politicians and a people that think they are still the center of the universe.