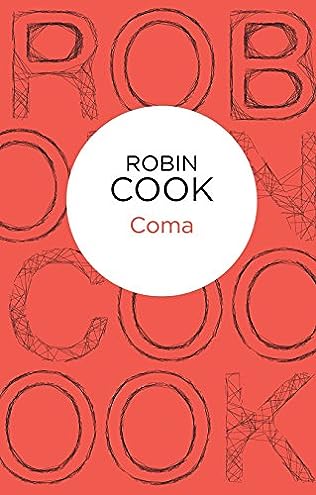 They called it “minor surgery,” but Nancy Greenly, Sean Berman and a dozen others–all admitted to Boston Memorial Hospital for routine procedures–were victims of the same inexplicable, hideous tragedy on the operating table. They never woke up.

Some traceless error in anesthesia has cased irreversible brain death, leaving each of them in a hopeless coma.

Something is very wrong here. And Susan Wheeler, a beautiful young medical student, hazards her life to uncover the horrifying explanation–a plot so ghastly, so far-reaching, so terrifyingly incredible yet so nightmarishly possible, it will leave you suspended in a state of fear…

Susan Wheeler is a third-year medical student working as a trainee at Boston Memorial Hospital. Two patients during her residency mysteriously go into comas immediately after their operations due to complications from anesthesia. Susan begins to investigate the causes behind both of these alarming comas and discovers the oxygen line in Operating Room 8 has been tampered with to induce carbon monoxide poisoning.

Then Susan discovers the evil nature of the Jefferson Institute, an intensive care facility where patients are suspended from the ceiling and kept alive until they can be harvested for healthy organs. Is she a participant in–or a victim of–a large-scale black market dealing in human organs?