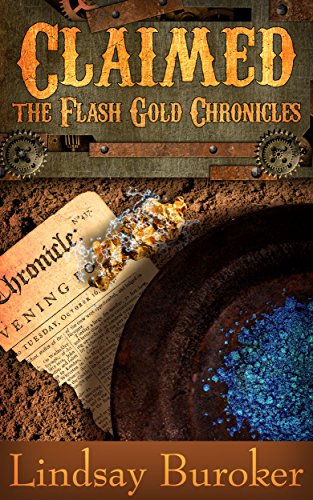 Kali and Cedar have succeeded in accomplishing his task to kill Cudgel, but now he’s under arrest.  After years on the hunt, Cedar Kartes is finally within striking distance of Cudgel Conrad, the criminal who slew his brother and framed him for murder. With the help of Kali McAlister, his business partner and the woman he’s mustering the courage to court, he believes he can finally rid the world of a bloodthirsty felon.

The story opens shortly after the action in Peacemaker. Kali is well on the way to building her airship and Cedar is still hot on Cudgel Conrad’s trail. That trail leads him and Kali into some really creepy scrapes in this book.

But nothing is ever easy in the Yukon. The new police commissioner has taken an interest in Cedar’s checkered past, a suspicious newspaperman is trying to make friends with Kali, and Cudgel may be laying traps for Cedar even as Cedar is trying to trap him.