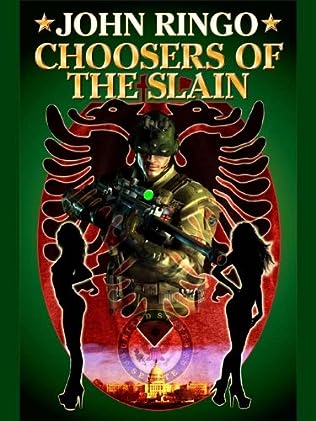 Former SEAL Michael Harmon (Ghost, Kildar) has a pretty good life. He’s settled down in the country of Georgia and built a solid commando-quality militia out of his local retainers. The Keldara have an ancient history of being first-class mountain warriors and all they needed was a few million in modern weapons and training to bring them up to speed.

Now, with the Keldara keeping the area safe from Chechen raiders, and the various other terrorists that want Ghost’s head on their wall, he can settle back, relax in his harem and drink a few beers. However, a US senator has a problem.

A “major financial contributor’s” daughter has been kidnapped into the labyrinthian depths of the Balkans sex-slave trade. The US government has been unable to find her and the Senator is _very_ interested in changing that condition. Five million dollars interested. As Ghost and his Keldara warriors blast a gaping hole through the middle of the trade, it quickly becomes apparent that there is more to the mission than a “poor missing waif.”

There’s a rot underneath, and the stench is coming from the very floor of the Capitol. Being at war with Albanian gangs is one thing. Taking on Washington is a different ball game. But Ghost never believed in fighting fair.