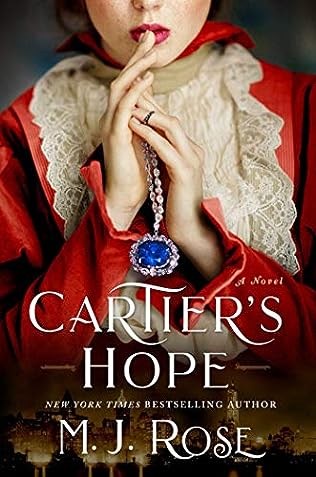 New York, 1910: A city of magnificent skyscrapers and winding subways, where poor immigrants are crammed into tenements while millionaires thrive in Fifth Avenue mansions. Vera Garland is a thirty-two-year-old journalist, fighting alongside hundreds of women for a place in society, only to meet hurdles around every turn. Most female journalists are delegated to the fashion and lifestyle pages but like her hero, Nellie Bly, Vera is a fighter.

When news of the Hope Diamond—a jewel whose infamous legends and curses have captured the world’s attention—arrives in the city, Vera is fast on its trail. She’s certain the fabulous jewel will help jumpstart her career but she’s determined to seek revenge against her current employer, a magazine owner whose greed and blackmailing schemes led to the death of her beloved father.

Set against the backdrop of New York’s glitter and grit, this enchanting historical novel explores the very human desire for truth, equality, and retribution.