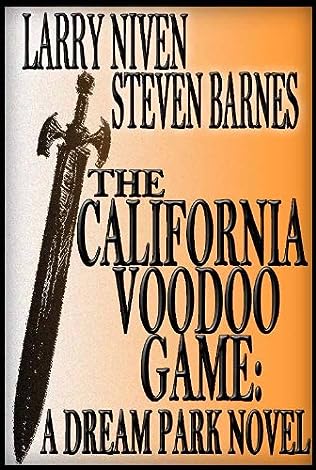 Dream Park, the ultimate in amusement parks, was about to embark on the greatest Game ever: the California Voodoo Game. Across the world bets were being placed; fortunes and reputations hung in the balance. Gaming careers would be made–or destroyed. And the most advanced software package ever invented was going to be tested.

When a Dream Park employee and girlfriend of Dream Park security chief Alex Griffin is found murdered, Alex hunts for the killer while trying to protect and oversee the world’s most famous, high-stakes live-action gaming tournament.

Only Alex Griffin, head of Dream Park Security, and Game Master Tony McWhirter guessed the extent of the treachery tainting the Game. Somehow, they had to catch the killer–but above all, the Game must go on….