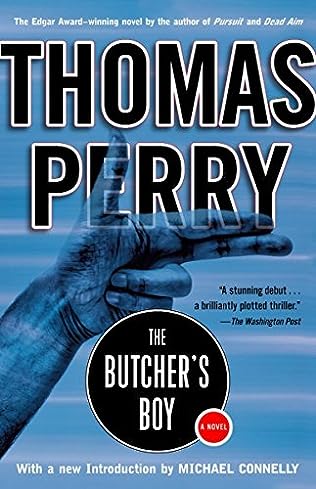 Thomas Perry exploded onto the literary scene with The Butcher’s Boy. Back in print by popular demand, this spectacular debut, from a writer of “infernal ingenuity” (The New York Times Book Review), includes a new Introduction by bestselling author Michael Connelly.

Murder has always been easy for the Butcher’s Boy—it’s what he was raised to do. But when he kills the senior senator from Colorado and arrives in Las Vegas to pick up his fee, he learns that he has become a liability to his shadowy employers. His actions attract the attention of police specialists who watch the world of organized crime, but though everyone knows that something big is going on, only Elizabeth Waring, a bright young analyst in the Justice Department, works her way closer to the truth, and to the frightening man behind it.

His survival at stake, he needs to kill them before they kill him.

But first he needs to find out who they are.

As the Butcher’s Boy goes to work, police specialists watching the world of organized crime realize something has gone very wrong for the mafia. In the race to discover just what that something is, Elizabeth Waring, a bright young analyst in the Justice Department, is the best chance they have.

But is she good enough to catch the Butcher’s Boy?