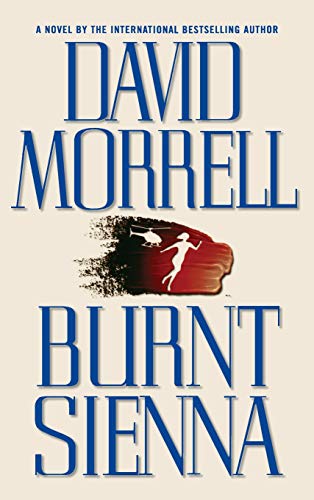 Glamour and violence combine in the international bestseller from the master of the high-action thriller in this chilling tale of a very modern Bluebeard. An ex-marine must stop a dangerous arms dealer before he kills again in this high-action thriller from New York Times bestselling author David Morrell.

The ultimate showdown…Famous artist and ex-marine Chase Malone is asked by an emissary of mysterious businessman Derek Bellasar to paint a portrait of Bellasar’s wife. He politely refuses, but when he finds his home bulldozed and his gallery sold, he has little choice but to take the job.

Bellasar is one of the world’s wealthiest and most dangerously twisted arms merchants. He has married a succession of beautiful women — all of whom mysteriously died after having their portrait painted by a top artist. For Chase, rescuing the madman’s current wife is only his first challenge. If he is ever to feel safe again, he must return to Bellasar’s turf for a deadly confrontation — that only one can survive.