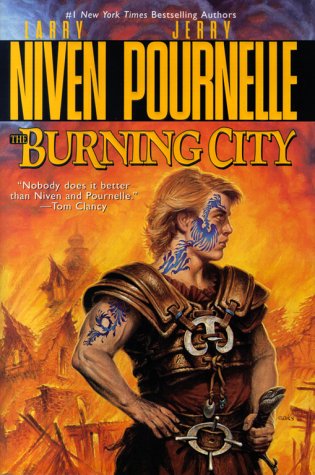 Set in the world of Larry Niven’s popular The Magic Goes Away, The Burning City transports readers to an enchanted ancient city bearing a provocative resemblance to our own modern society.

Whandall Placehold has lived with the Burning all his life. Fighting his way to adulthood in the mean-but-magical streets of the city’s most blighted neighborhoods, Whandall dreams of escaping the god’s wrath to find a new and better life. But his best hope for freedom may lie with Morth of Atlantis, the enigmatic sorcerer who killed his father!