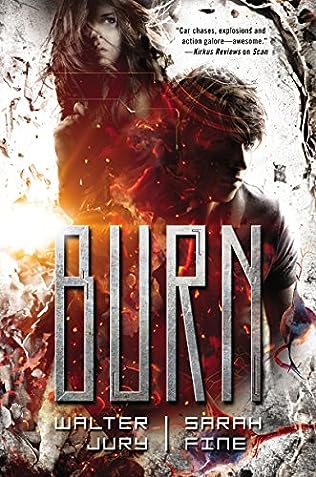 At the cliffhanger ending of Scan, Tate loses the very thing he was fighting to protect, what his father had called the key to human survival.

Tate doesn’t have much time to worry about it because he needs to get away, to ensure he and Christina are safe. His father left him one last thing that can do just that—a safehouse, which turns out to be a clue to what’s really threatening the planet. As Tate follows the clues his father left behind, he starts to uncover the truth, realizing he’s up against an enemy he’s only beginning to understand.

A riveting, fast-paced “we are not alone” adventure, Burn thrills to the very end.