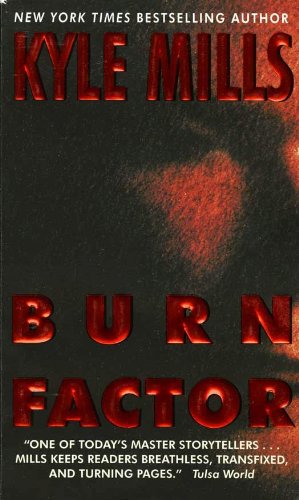 Bright, young, and ambitious, Quinn Barry desperately wants to be an FBI agent. Right now, though, she’s just a low-level employee toiling in the basement at Quantico. But Quinn’s career — and her life — are about to change wildly. Testing her new database program, Quinn turns up a mysterious DNA link among five gruesome murders. A link that the old FBI computer system had been carefully programmed to miss. The discovery lands her a demotion to the hinterlands, followed by a series of unfortunate “accidents” that nearly ends her life.

Pitted against a conspiracy of unimaginable proportions, Quinn is determined to uncover what someone very powerful wants to keep hidden — dark, dirty secrets involving high levels of government. She turns for help to her boyfriend, an ambitious young CIA agent, only to flee to protect herself and, she hopes, him. Finally an ally emerges from the most unlikely place of all, and with his help, Quinn will at last turn the tables on her shadowy assailants — and land herself in the clutches of a sadistic, brilliant madman who holds the key to it all.

Bristling with the galvanizing suspense and hair-trigger action that Kyle Mills’s fans have come to expect, Burn Factor is certain to carve another notch in bestseller lists nationwide.