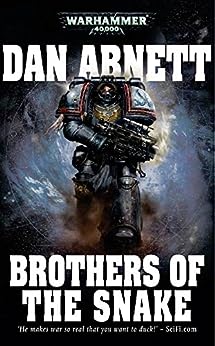 In the grim darkness of the far future, the fearless Space Marines stand supreme as the defenders of humanity. Meanwhile, the Iron Snakes of Ithaka have sworn a pledge to protect the Reef Stars from ruin, at whatever cost.

Best-selling author Dan Abnett turns his hand to the mighty Space Marines in his next project following the success of Horus Rising and the Armour of Contempt.

Dan Abnett brings his unique sense of the Warhammer 40,000 universe to Space Marines, crafting a series of encounters between the mythic heroes of the Iron Snakes and their foes that will leave you breathless and begging for more.