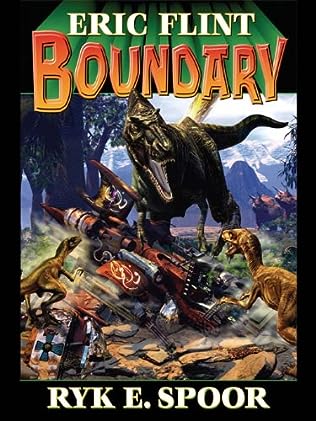 A daring and resourceful paleontologist uncovers something at the infamous K-T boundary marking the end of dinosaurs in the fossil record—something big, dangerous, and absolutely, categorically impossible. It’s a find that will catapult her to the Martian moon Phobos, then down to the crater-pocked desert of the Red Planet itself. For this mild-mannered fossil hunter may just have become Earth’s first practicing xenobiologist!

What is a paleontologist doing on Mars? Pushing her boundaries. . . .

Problematic, n: a term used in paleontology to refer to fossils that appear to be either of unknown taxonomic origin, or whose occurrence in the location they are found contradicts current beliefs of the field.

The find was made by a teenager. A “funny fossil” no one had seen before out in the middle of the Arizona desert. And right in the middle of controversy: the strangely shaped fossil could help explain one of the greatest mysteries of Earth’s past, the great die-off at the KT boundary. It warranted a big dig, one that could lead to the mother lode, and professional immortality. But what Dr. Helen Sutter didn’t realize was that it would take her all the way to Mars. . . .