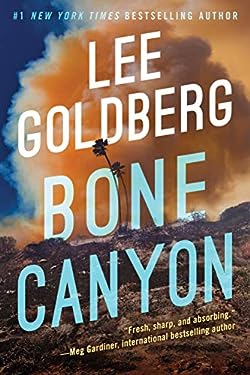 A catastrophic wildfire scorches the Santa Monica Mountains, exposing the charred remains of a woman who disappeared years ago. The investigation is assigned to Eve Ronin, the youngest homicide detective in the Los Angeles County Sheriff’s Department, a position that forces her to prove herself again and again. This time, though, she has much more to prove.

Based at the Lost Hills Sheriff’s Station in The mountainous Los Angeles suburbs a canyon’s drive from Malibu and steps from the urban sprawl of the San Fernando Valley, this is an area subject to huge sweeping brush fires, and this one threatens to end the world, but when the smoke clears, skeleton pieces are unearthed. Human bones have literally turned up after a wildfire in Bone Canyon. It doesn’t take long to identify the woman and things move fast from there.

Bones don’t lie, and these have a horrific story to tell. Eve tirelessly digs into the past, unearthing dark secrets that reveal nothing about the case is as it seems. With almost no one she can trust, her relentless pursuit of justice for the forgotten dead could put Eve’s own life in peril.