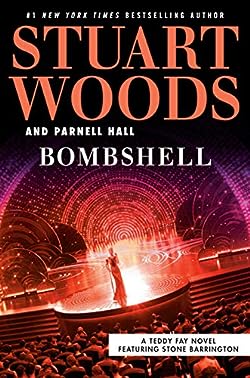 Teddy Fay is back in Hollywood and caught in two tricky situations. First, a rising star at Centurion becomes the target of malicious gossip, and Teddy must find and neutralize the source before the situation gets out of hand–or becomes violent. At the same time, Teddy finds himself targeted by a criminal thug bearing a grudge.

Set in Hollywood, Teddy Fay has a lot to deal with from two fighting divas a local mob boss giving him a hard time. With a past life as a CIA operative, he is now livingas stunt man Mark Weldon and movie producer Billy Barnett, while also working at the movie studio owned by the sons of Stone and Dino.

It’s a lot of knives to juggle, even for a former-CIA-operative-turned-movie-producer accustomed to hazardous working conditions. This time Teddy will need to leverage every bit of his undercover skills and fearless daring to stay one step ahead of his foes . . . or he’ll find himself one foot in the grave.

Billy Barnett has angered a local crime boss who has taken out a hit on him and is doing everything he can to make his life unbearable…but he can’t ever seem to find Billy when he’s looking for him. With his skills of disguise in the forms of  Billy/Teddy/Mark, Teddy Fay is very adept at staying hidden.