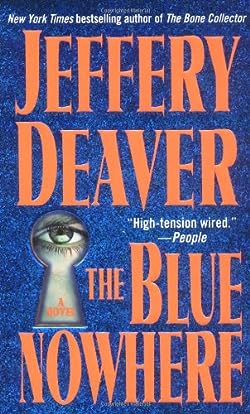 His code name is Phate — a sadistic computer hacker who infiltrates people’s computers, invades their lives, and with chilling precision lures them to their deaths.

To stop him, the authorities free imprisoned former hacker Wyatt Gillette to aid the investigation. Teamed with old-school homicide detective Frank Bishop, Gillette must combine their disparate talents to catch a brilliant and merciless killer.

When a sadistic hacker, code-named Phate, sets his sights on Silicon Valley, his victims never know what hit them. He infiltrates their computers, invades their lives, and lures them to their deaths. To Phate, each murder is like a big, challenging computer hack: every time he succeeds, he must challenge himself anew— by taking his methodology to a higher level, and aiming at bigger targets.

Desperate, the head of The California State Police Computer Crimes Division frees Wyatt Gillette, imprisoned for hacking, to aid the investigation — against the loud protests of the rest of the division. With an obsession emblematic of hackers, Gillette fervently attempts to trace Phate’s insidious computer virus back to its source. Then Phate delivers a huge blow, murdering one of the division’s own — a “wizard” who had pioneered the Internet — and the search takes on a zealous intensity.

Gillette and Detective Frank Bishop — an old-school homicide cop who’s accustomed to forensic sleuthing — make an uneasy team. But with a merciless and brilliant killer like Phate in their crosshairs, and his twisted game reaching a fever pitch, they must utilize every ounce of their disparate talents to stop him.