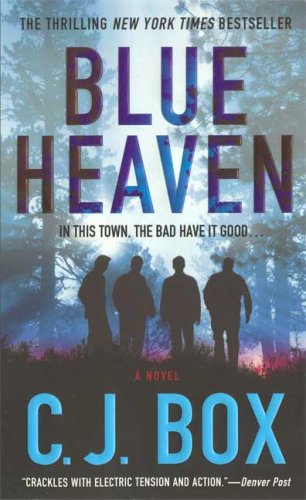 A twelve-year-old girl and her younger brother go on the run in the woods of North Idaho, pursued by four men they have just watched commit murder—four men who know exactly who William and Annie are, and who know exactly where their desperate mother is waiting for news of her children’s fate. Retired cops from Los Angeles, the killers easily persuade the inexperienced sheriff to let them lead the search for the missing children.

William and Annie’s unexpected savior comes in the form of an old-school rancher teetering on the brink of foreclosure. But as one man against four who will stop at nothing to silence their witnesses, Jess Rawlins needs allies, and he knows that one word to the wrong person could seal the fate of the children or their mother. In a town where most of the ranches like his have turned into acres of ranchettes populated by strangers, finding someone to trust won’t be easy.

With true-to-life, unforgettable characters and a ticking-clock plot that spans just over forty-eight hours, C.J. Box has created a thriller that delves into issues close to the heart: the ruthless power of greed over broken ideals, the healing power of community where unlikely heroes find themselves at the crossroads of duty and courage, and the truth about what constitutes a family. In a setting whose awesome beauty is threatened by those who want a piece of it, Blue Heaven delivers twists and turns until its last breathtaking page.

Blue Heaven is the winner of the 2009 Edgar Award for Best Novel.