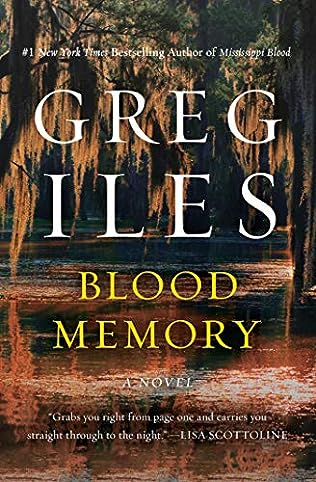 Forensic expert “Cat” Ferry has a stellar reputation until a panic attack paralyzes her at a New Orleans murder scene. Praying the attack is a one-time event, she continues working, but when the same killer strikes again – raising fears that a serial killer is at large – Cat blacks out over the victim’s mutilated corpse. Suspended from the FBI task force, Cat returns to her hometown of Natchez, Mississippi, to regroup.

Though her colleagues know her as a world-class forensic odontologist, Cat lives a secret life. Plagued by nightmares, and deeply involved with a married homicide detective, Cat holds herself together with iron nerves and alcohol, using her work as a substitute for life.

But her family’s secluded antebellum estate provides no sanctuary. When some of Cat’s forensic chemicals are spilled in her childhood bedroom, two bloody footprints are revealed. This discovery sets in motion a quest to piece together Cat’s past – buried memories that could tie her father’s murder to the grisly deaths occurring in New Orleans in the present. For only by finding this remorseless killer can Cat save her sanity – and her life.