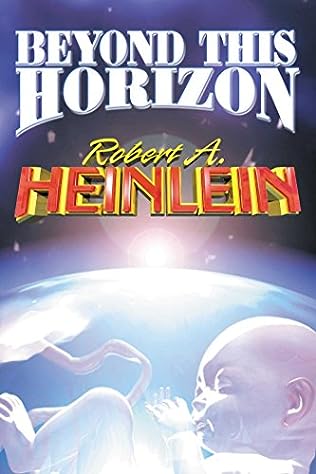 Utopia has been achieved. For centuries, disease, hunger, poverty, and war have been things found only in the history tapes. And applied genetics has given men and women the bodies of athletes and a lifespan of over a century.

They should all have been very happy…

But Hamilton Felix is bored. And he is the culmination of a star line; each of his last thirty ancestors chosen for superior genes. Hamilton is, as far as genetics can produce one, the ultimate man. And this ultimate man can see no reason why the human race should survive and has no intention of continuing the pointless comedy.

However, Hamilton’s life is about to become less boring. A secret cabal of revolutionaries who find utopia not just boring, but desperately in need of leaders who know just What Needs to be Done, are planning to revolt and put themselves in charge.

Knowing of Hamilton’s disenchantment with the modern world, they have recruited him to join their Glorious Revolution. Big mistake! The revolutionaries are about to find out that recruiting a superman was definitely not a good idea…