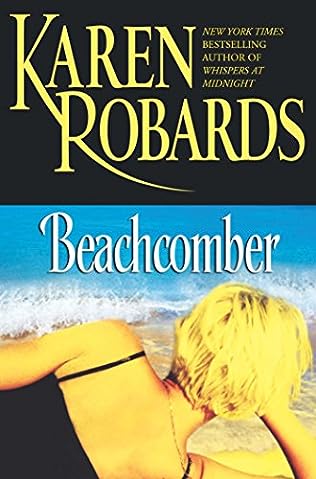 Christy Petrino hadn’t planned on a vacation on Ocracoke Island, but when she learns her fiance and boss, suave Michael DePalma, is a “made man” and the Philadelphia law firm where she works is a front for the mob, she breaks her engagement and quits her job. But no one walks away from the DePalma family business so easily. Only if she delivers a locked briefcase to a motel on Ocracoke Island will she—and her mother and sisters—be free.

But after clandestinely making her drop-off late at night, Christy suspects she is being followed on the moonlit beach—and unwittingly runs into a new kind of terror. Now a witness at the center of a homicide investigation, Christy learns the police are hunting a serial killer they refer to as the “Beachcomber” because beautiful young women—women who in fact resemble her—have disappeared recently while vacationing at nearby beach communities. Christy doesn’t know whom to fear more—a serial killer who believes she might be able to identify him, or the DePalma family, whose tentacles she can’t seem to escape.

Only when she’s with Luke Rand, her big surfer-dude next-door neighbor, does she feel safe. But with Luke’s asking so many questions about her ex-fiance and his showing up almost too conveniently whenever danger strikes, she can’t help but wonder if his interest in her is due to more than sexual attraction. Can she trust this handsome stranger to help her survive a hot and deadly summer?