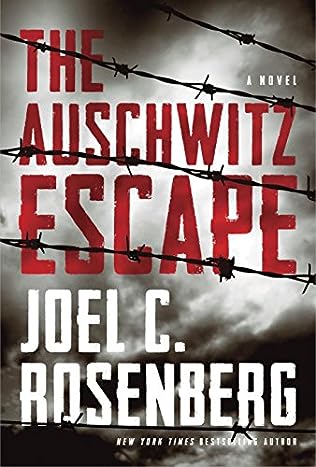 A terrible darkness has fallen upon Jacob Weisz’s beloved Germany. The Nazi regime, under the leadership of Adolf Hitler, has surged to power and now hold Germany by the throat. All non-Aryans — especially Jews like Jacob and his family — are treated like dogs.

After a failed attempt by the freedom fighters to release the captured Jews from the disgusting cattle cars, young Jacob Weisz finds himself locked inside and on his way to the dreaded hard labor camp of Auschwitz where within its evil barbed wire, he thinks of nothing but escape.

When tragedy strikes during one terrible night of violence, Jacob flees and joins rebel forces working to undermine the regime. But after a raid goes horribly wrong, Jacob finds himself in a living nightmare — trapped in a crowded, stinking car on the train to the Auschwitz death camp.

As World War II rages and Hitler begins implementing his “final solution” to systematically and ruthlessly exterminate the Jewish people, Jacob must rely on his wits and a God he’s not sure he believes in to somehow escape from Auschwitz and alert the world to the Nazi’s atrocities before Fascism overtakes all of Europe. The fate of millions hangs in the balance.