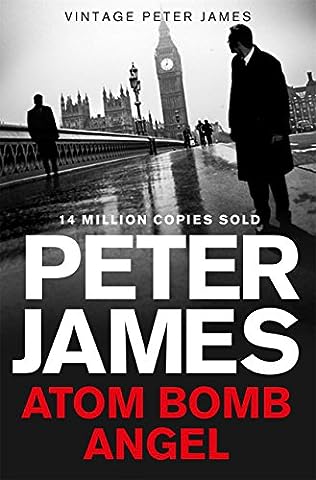 A plot by terrorists to blow up the nuclear plants in Britain involves the disappearance of the head of that country’s atomic energy program. Max Flynn must find him but he has to compete with something or someone called Operation Angel. And then there is the KGB.

Terrorists are threatening to sabotage Britain’s nuclear power plants. One nuclear explosive smuggled inside a reactor would turn the entire core into a massive atom bomb . . . and bring death and disease to millions of people for centuries to come.

When Sir Isaac Quoit, chairman of the Atomic Energy Authority, disappears without a trace, MI5 are alerted to the mysterious Operation Angel. Slick superspy Max Flynn is briefed to crack the code – but can he beat the deadline before Angel strikes?

Who are the terrorists? Why are the KGB involved? What are their aims and which power stations will they sabotage? If he does not act fast, Britain will be engulfed in a nuclear nightmare.