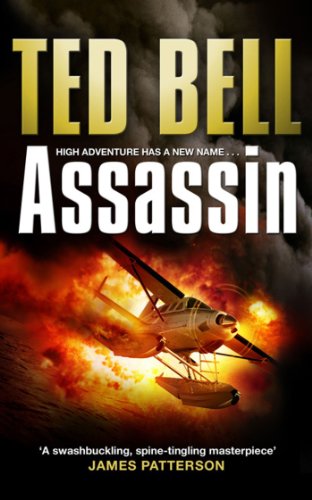 In an elegant palazzo on the Grand Canal, an American ambassador’s tryst turns deadly. In the seamy underbelly of London, a pub-crawling killer is on the loose. And in a storybook chapel nestled in the Cotswolds, a marriage made in heaven turns to hell on earth.

Isolated incidents? Or links in a chain of events hurtling towards catastrophe? So begins Assassin, the tour de force thriller that heralds the return of every terrorist’s worst nightmare, Alex Hawke. A shadowy figure known as the Dog is believed to be the ruthless terrorist who is systematically and savagely assassinating American diplomats and their families around the globe.

As the deadly toll mounts inexorably, Hawke, along with former NYPD cop and Navy SEAL Stokely Jones, is called upon by the U.S. government to launch a search for the assassin behind the murders. Hawke is soon following a trail that leads back to London in the go-go nineties, when Arab oil money fueled lavish, and sometimes fiendish, lifestyles. Other murky clues point to the Florida Keys, where a vicious killer hides behind the gates of a fabled museum.

And to a remote Indonesian island where a madman tinkers with strains of a deadly virus and slyly bides his time. Hawke must call upon resources deep within himself. He must enter a race against time to stop a cataclysmic attack on America’s most populous cities and avenge the inexplicable and horrific crime that has left him devastated.