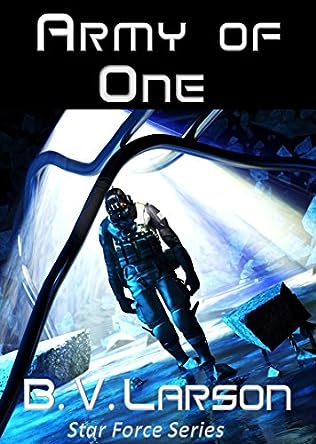 this story is 78 pages long. As requested by many STAR FORCE readers, ARMY OF ONE has been released as a single title at last. This is a standalone NOVELLA, which means it’s SHORTER and CHEAPER than your typical Star Force book.

Sentient machines are invading from the skies! There’s only one man on Earth who’s nanotized but not yet a member of Star Force. Will he do his part to save the world? Or will he join the forces of darkness and doom humanity to oblivion?

Previously published in the anthology Planetary Assault, ARMY OF ONE is the tale of one dangerous man on a do-or-die mission.

This is the private story of one of the series’ most influential characters, a must-read for any fan of the books, and an easy introduction for anyone who is a new recruit to STAR FORCE.