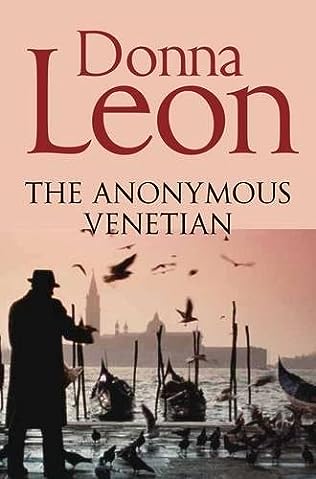 Book 3 in the Commissario Brunetti series (1994)

Commissario Guido Brunetti’s hopes for a refreshing family holiday in the mountains are once again dashed when a gruesome discovery is made in Marghera – a body so badly beaten the face is completely unrecognizable.

Brunetti searches Venice for someone who can identify the corpse but is met with a wall of silence. He then receives a telephone call from a contact who promises some tantalizing information. And before the night is out, Brunetti is confronting yet another appalling, and apparently senseless, death.

It’s August and the Brunetti’s are just about to go to the mountains on vacation when it begins. Guido is given a task outside of his district too because Patta has promised him to fill in for others sick and on leaves in that location. What appears at first glance to be a murdered woman is found behind a slaughterhouse. Upon closer examination, however, the body in the red dress turns out to be that of a man, and the first officers on the scene immediately jump to the conclusion that he must be a transvestite prostitute.

The book has been also published under the title Dressed to Kill.