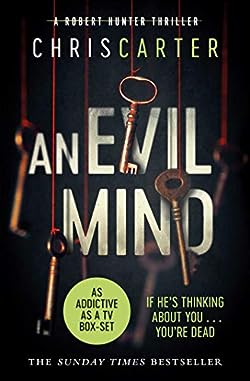 Profiler Robert Hunter only trusts a few people. Actually there is only one for whom he always puts his hand in the fire. Lucien Folter, his friend from college days.
Both can read people better than anyone else. Hunter shared his closest secrets with Folter. Until Folter suddenly disappears. Now there is a call. The body parts of countless murder victims are exposed, gruesome trophies. Lucien is accused of torture. And he only wants to talk to one person: Robert Hunter…

A freak accident in rural Wyoming leads the Sheriff’s Department to arrest a man for a possible double homicide, but further investigations suggest a much more horrifying discovery – a serial killer who has been kidnapping, torturing and mutilating victims all over the United States for at least twenty-five years. The suspect claims he is a pawn in a huge labyrinth of lies and deception – can he be believed?

The case is immediately handed over to the FBI, but this time they’re forced to ask for outside help. Ex-criminal behaviour psychologist and lead Detective with the Ultra Violent Crime Unit of the LAPD, Robert Hunter, is asked to run a series of interviews with the apprehended man. These interviews begin to reveal terrifying secrets that no one could’ve foreseen, including the real identity of a killer so elusive that no one, not even the FBI, had any idea he existed … until now.