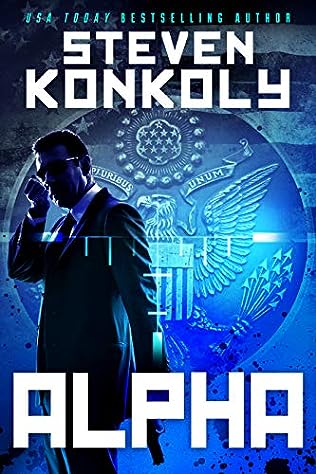 A graduate of the Department of Defense’s experimental Black Flag program, Daniel Petrovich carries a secret he’d rather keep buried. A secret his government has hidden in the deepest vaults of the Pentagon.

Someone is trying to raise Black Flag from the dead, and drag Petrovich back into the poisonous life he abandoned. Someone who knows his darkest secrets.

In exchange for the promise of a clean slate, and a chance to keep the life he has built with the woman he loves, he agrees to carry out one more mission. Now Daniel has an even bigger problem. The assassination of Mohammed Ghani, a wealthy Muslim importer, wasn’t the uncomplicated mission he had been promised. Seven other prominent Muslim businessmen are killed on the same night along the East Coast, suddenly extinguishing Task Force HYDRA, the most significant counter-terrorism investigation in recent FBI history.

Daniel’s life is about to disintegrate, as he becomes the focus of a relentless FBI manhunt, and the target of a vengeful CIA agent. To survive, he’ll be forced to release a dark side he fought for years to keep suppressed. A dark side with no boundaries, and few loyalties.