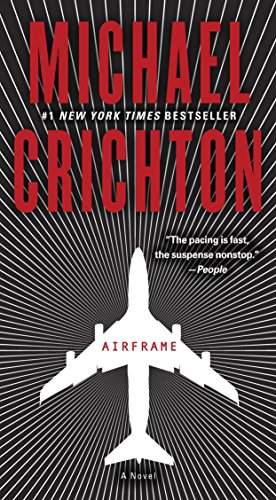 At a moment when the issue of safety and death in the skies is paramount in the public mind, a lethal midair disaster aboard a commercial twin-jet airliner flying from Hong Kong to Denver triggers a pressured and frantic investigation in which the greatest casualty may be the truth.

The twin jet plane en route to Denver from Hong Kong is merely a green radar blip half an hour off the California coast when the call comes through to air traffic control:

‘Socal Approach, this is TransPacific 545. We have an emergency.’ The pilot requests priority clearance to land – then comes the bombshell – he needs forty ambulances on the runway.

But nothing prepares the rescue workers for the carnage they witness when they enter the plane.

Ninety-four passengers are injured. Three dead. The interior cabin virtually destroyed. But the pilot manages to land the plane. . . .

What happened on board Flight TPA 545?

Casey Singleton is in charge of a team trying to figure out what went wrong on flight 545, which did not crash but had a severe inflight ‘incident’. There are many layers to what is involved, and it seems that everyone around her has some reason to keep her from finding out the truth.

AIRFRAME is nonstop reading: the extraordinary mixture of super suspense and authentic information on a subject of compelling interest that has been a Crichton landmark since The Andromeda Strain.