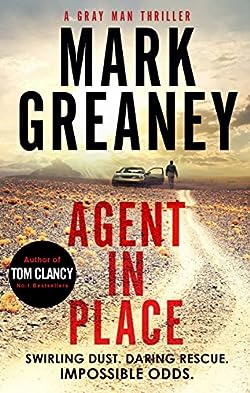 Court Gentry is back in action. This time he’s working on behalf of a well-connected group of Syrian expats to secure the Syrian president’s mistress so they can use her to bring down the president’s regime. But the expats’ plan goes awry when it’s discovered the mistress has a baby–the Syrian president’s only male heir–hidden away in a Damascus safe house. Court (aka The Gray Man) is a bit of Jason Bourne tangling with counter-agents across Europe, trained to perfection. Gentry has been hired to kidnap the mistress of the Syrian president and then rescue her infant son. But quickly everything falls apart.

Court goes after the baby, a decision that comes at the price of the mistress’s life. The expat organization deems the boy now useless to their cause and refuses to protect him against the Syrian first lady and the notorious Swiss assassin in her employ. With no support on the way, Court realizes he’ll have to take down the Syrian president himself if he and the boy are going to make it out alive…