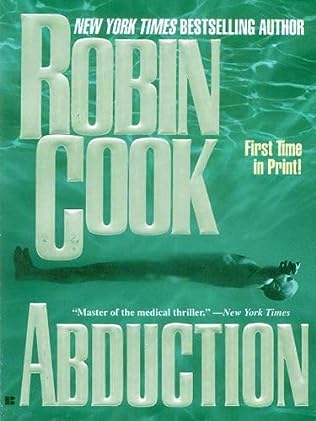 A mysterious transmission from the bottom of the Atlantic Ocean leads a crew of divers and oceanographers to investigate a phenomenon beyond scientific understanding.

…And to the discovery that will permanently change everything we have previously come to know about life on this Earth.

Perry Bergman is president of Benthic Marine and a passenger aboard The Benthic Explorer, a 450-foot research ship endeavoring to drill into, and sample for the first time, the earth’s magma core. Also onboard are the lovely Dr. Suzanne Newell; ex-navy commander and present submersible skipper Donald Fuller; and navy-cum-Neanderthal divers Richard Adams and Michael Donaghue. It is this cast of characters who, with the reluctant Perry, dive to the stilled drill site in order to make repairs. En route, they are sucked (or suckered) into a defunct undersea volcano and deposited into an otherworldly wonderland. That takes about 75 pages of fairly cogent spadework. The next 375 pages sprout some of the looniest, most derivative, made-for-TV-movie science fiction imaginable. Our heroes, you see, have been abducted to Interterra, an undersea world of staggering beauty and unheard of technologies–intergalactic travel and eternal life, for starters–populated by stunningly beautiful, toga-wearing, first-generation humans.

First-generation? They were here first, see, and had been doing very nicely until their scientists realized that the earth was about to be “showered with planetesimal collisions, just as had happened in its primordial state,” and that they had better start digging. While the Interterrans prospered and thrived undersea, we, the second generation, began hauling our single-celled bodies up by our ooze-straps and started all over again.

And that’s about it. People with names like Arak and Sufa speak strangely, giggle at the primitive second-generationists, recoil at the very thought of violence, press their palms together to have sex, and direct “worker clones” to do the dishes while the second generation does its stereotypical best to, in turns, exemplify, define, and defile humankind.