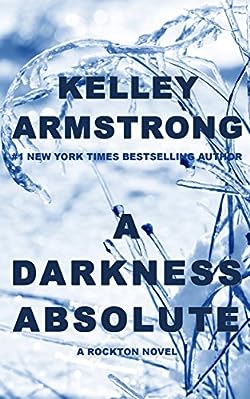 Book 2 in the Rockton series
published 2017

When experienced homicide detective Casey Duncan first moved to the secret town of Rockton, she expected a safe haven for people like her, people running from their past misdeeds and past lives. She knew living in Rockton meant living off-the-grid completely: no cell phones, no Internet, no mail, very little electricity, and no way of getting in or out without the town council’s approval. What she didn’t expect is that Rockton comes with its own set of secrets and dangers.

It’s winter in Rockton, a little town hidden deep in the wilds of the Yukon. The town exists for people who need to escape their pasts, though it’s not clear if those in hiding are victims or perpetrators. Or, when the lines get blurred, maybe both. Ask Casey. She’s been used, betrayed, beaten. But she’s also killed someone. She moved to Rockton to help her best friend, Diana. Ex-best friend. Diana lied to get Casey to come with her; she used her and she almost got her killed. But Casey decided to stay anyway, to work as a detective alongside her new boyfriend and the town’s sheriff, Eric Dalton.

Fresh off solving a series of grisly murders, Casey and Deputy Will Anders get stranded in a blizzard while they’re tracking a runner from the town. Seeking shelter in a cave, they stumble across a woman who’s been imprisoned in a deep well. Nicole Chavez–whom everybody thought had run away from town and died in the woods more than a year earlier–is alive. Barely. But she can’t identify her captor: she’s never seen his face.

Was she taken by one of the hostiles who inhabit the wilderness around the town? Or is Casey facing something even worse? In a town where everyone lies about their past and lives under assumed identities, it’s very easy to hide your true nature…